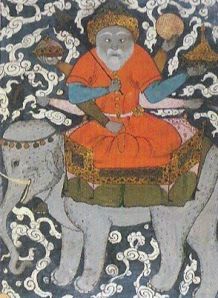 [Colour] He is the supreamest or highest of all Planets; is placed betwixt Jupiter and the Firmament, he is not very bright or glorious, or doth he twincle or sparkle, but is of a Pale, Wan or Leaden, Ashy colour slow in motion.

[Motion] Finishing his Course through the twelve signs of the Zodiack in 29 yeers, 157 dayes, or thereabouts; his middle motion is two minutes and one second; his diurnall motion sometimes is three, four, five, or six minutes, or seldom more.

[Houses] In the Zodiack he hath two of the twelve Signes for his Houses, viz. Capricorn his Night—house, Aquarius his Day-house; he has his Exaltation in Libra, he receives his Fall in Aries; he rejoyceth in the sign Aquarius.

[Triplicity] He governeth the Aiery Triplicity by day, which is composed of these Signs; Gemini, Libra, Aquarius;

[Terms] in all the twelve Signe he hath these degrees for his Terms, allotted him by Ptolomy. [sic] 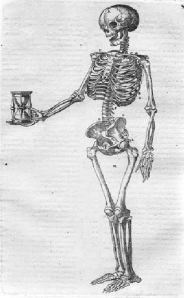 understand this in all the other Planets.

He hath also these for his Face or Decanate.

[Nature] He is a Diurnall Planet, Cold and Dry (being far removed from the heat of the Sun) and moyst Vapours, Melancholick, Earthly, Masculine, the greater Infortune, author of Solitarinesse, Malevolent, &c.

[Manners & Actions, when well dignified.] Then he is profound in Imagination, in his Acts severe, in words reserved, in speaking and giving very spare, in labour patient, in arguing or disputing grave, in obtaining the goods of this life studious and solicitous, in all manner of actions austere.

[When ill.] Then he is envious, covetous, jealous and mistrustfull, timorus, sordid, outwardly dissembling, sluggish, suspicious, stubborn, a contemner of women, a close lyar, malicious, murmuring, never contented, ever repining.

[Corporature] Most part his Body more cold and dry, of a middle stature; his complexion pale, swartish or muddy, his Eyes little and black, looking downward, a broad Forehead, black or sad Hair, and it hard or rugged, great Eares; hanging, lowring Eye—brows, thick Lips and Nose, a rare or thin Beard, a lumpish, unpleasant Countenance, either holding his Head forward or stooping, his Shoulders broad and large, and many times crooked, his Belly somewhat short and lank, his Thighs spare; lean and not long; his Knees and Feet indecent, many times shoveling or hitting one against another, &c.

[SATURN ORIENTALL] You must observe, if Saturn be Orientall of the Sun, the stature is more short, but decent and well composed.

If the latitude be North, hairy and much flesh.

Saturn in his first station, a little fat.

In his second station, fat, ill favoured Bodies, and weak; and this observe constantly in all the other Planets. 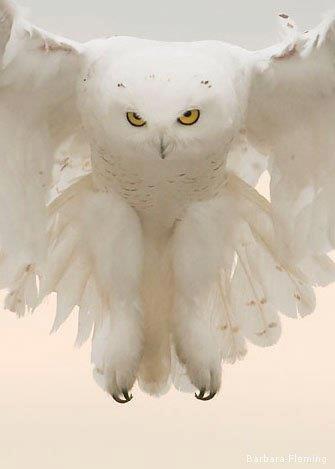 [SICKNESSES.] All Impediments in the right Ears, Teeth, all quartan Agues proceeding of cold, dry and melancholly Distempers, Leprocies, Rheumes, Consumptions, black Jaundies, Palsies, Tremblings, vain Feares, Fantasies, Dropsie, the Hand and Footgout, Apoplexies, Dog-hunger, too much flux of the Hemoroids, Ruptures if in Scorpio or Leo, in any ill aspect with Venus.

Hog, all manner of creeping Creatures breeding of putrification, either in the Earth, Water or Ruines of Houses.

[MINERALS.] He ruleth over Lead, the Lead—stone, the Drosse of all Mettals, as also , the Dust and Rubbidge of every thing.

[STONES.) Saphire, Lapis Lazuli, all black, ugly Country Stones not polishable, and of a sad ashy or black colour.

[WEATHER.] He causeth Cloudy, Dark, obscure Ayre, cold and hurtfull, thich, black and cadense Clouds: but of this more particularly in a Treatise by it self.

[WINDS.] He delighteth in the East quarter of Heaven, and causeth Eastern Winds, at the time of gathering any Planet belonging to him, the Ancients did observe to turn their faces towards the East in his hour, and he, if possible, in an Angle, either in the Ascendant, or tenth, or eleventh house, the Moon applying by a Trine or Sextile to him.

[ORBE.] His Orbe is nine degrees before and after; that is,his influence begins to work, when either he applies, or any Planet applies to him, and is within nine degrees of his aspect, and from that aspect.

[YEERS.] In Generation he ruleth the first and eighth moneth after Conception.

The meaning whereof is this; Admit we frame a new building, erect a Town or City, or Family, or principality is begun when Saturn is essentially and accidentally strong, the Astrologer may probably conjecture the Family, Principality, &c. may continue 465 yeers in honour &c. without any semible alteration: Again, if in ones Nativity Saturn is wel dignified, is Lord of the Geniture, &c. then according to nature he may live 57 yeers; if he be meanly distinguished, then the Native but 43; if he be Lord of the Nativity, and yet weak, the child may live 30 yeers, hardly any more; for nature of Saturn is cold and dry, and those qualities are destructive to man, &c.

As to Age, he relates to decreped old men; Fathers, Grandfathers, the like in Plants, Trees, and all living Creatures.

His friends are Jupiter, Sun and Mercury, his enemies Mars and Venus. We call Saturday his day, for then he begins to rule at Sun rise, and ruleth the first hour and eighth of that day.

2 thoughts on “Of the Planet Saturn and his Signification.”