Earth is among the four classical elements in ancient Greek philosophy. It was associated with qualities of heaviness, matter and the terrestrial world. Earth is the tangible, the solid. The elements remain very much the same in several cultures. In some, the Quintessence is also present as the source of all things. This is the primary meaning of the pentagram.

The Earthy Tripicity consists of Taurus, Virgo and Capricorn: Fixed, Mutable and Cardinal, respectively. Consider some of the qualities attributed to each sign: the Bull is latent potency – see the word Aleph in 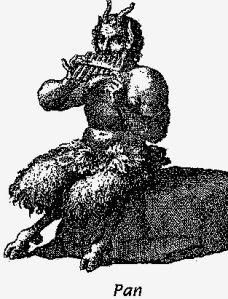 the Hebrew alphabet. Virgo is the harvester, the anaylist, separating the wheat from the chafe. Capricorn is the Sea goat or Pan. The latter was at the top of his pantheon, dweller in wild places, half man half goat. He is the model for Satan, with cloven hoofs. Such was the malignant interpretation of monotheists with the intent of rendering the pagan gods extinct.

Earth is also physical sensuality  – in Water we have feelings,empathy and intuition. In Air we have intellect, discernment and the realm of ideas. In Fire we have Spirit, the forge and the will. In Earth we have nourishment, groundedness and perhaps most importantly the tangible — what can be known by the senses

Empedocles proposed four archai by which to comprehend the cosmos: fire, air, water, and earth.  The word archai is the root of the word Archetype. Plato uses the term Forms.

Plato conceived of  the elements as geometric forms: what we have previously discussed as Platonic Solids. The cube was assigned to the the element of Earth in Timaeus.

I wonder if it is too exotic to think of our association of Earth in the term ‘square deal.” We mean that it is what it appears to be and grounded in reality. We use the term ‘square’ to refer to a reliable, as well as a dull person.

Probably it is; but when we use the term Salt of the Earth it has a universal meaning. Although the origin comes down to us via the New Testament, we use it to refer to someone who is completely reliable, unassuming, down to earth , humble and good hearted.

The meaning of Salt and Earth are closely related in Alchemy. In alchemy, Earth is primarily cold, and secondarily dry. Further, the chemical substance salt, was associated with earth and its alchemical symbol was a downward-pointing triangle, bisected by a horizontal line. It’s the same as the usual symbol for Earth.

Aristotle tells us that Earth is the heaviest of all elements. Reasoning from his theory of natural place he concluded that any earth–laden substances would drop rapidly  to the center of the cosmos. 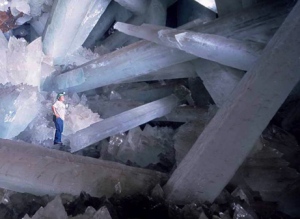 In Greek and Roman mythology, various chthonic gods and goddesses represented the Earth, seasons, crops and fertility. These belong to the element of Earth in her cycles. Among the better known are Hades and Persephone.

Chthonic pertains to spirits of the underworld. Many ancient cultures believed caves were the gateway to the underworld, which was not to be taken negatively in most cases. The idea of *going deep* to be raised up is a recurring theme.

The Triplicity itself is of course a cycle, from Cardinal to Fixed, to Mutable These expression of Earth are distinct from each other while sharing the same essence. Never make the mistake of taking these archetypes in the sense of Sun sign astrology.

Finally, a physician who was not also an astrologer was considered a charlatan prior to the 18th Century. Astrology, theory of the element and medicine all go hand in hand.

In Traditional Western medicine , each of the four humours is associated with an element. Black bile was the humor identified with earth, since both were cold and dry. An excess of black bile lead a more serious form of Melancholy. It is crucial to note, however, that determining the humour (s) was a skill. Diagnosis and decumbitures were astrological To be clear, someone might have their Sun in a certain sign, but they may not have the corresponding humour as dominant.