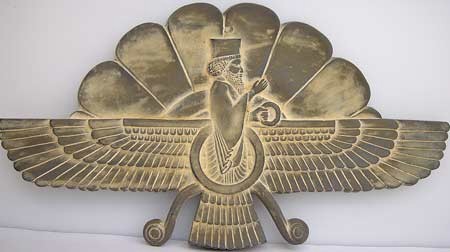 It is exceedingly difficult to know which charts to use for a civilization that stretches back beyond five millennia. It produced the first bill of human rights in history c. 500 B.C., long before the Conquest of Alexander.

The best way to approach this is to read charts in terms of regimes, therefore giving us a smaller window with more verifiable detail regarding current events. There is a chart for the Islamic Republic of Iran, set for 01 April 1979. 1201 am Tehran. However, I’ve chosen to look at the chart for the return of the Ayatollah on 01 February 1979. 09.00 am Tehran.

Obviously, this is highly topical as Iran has been subjected to the most punitive sanctions ever imposed on a nation that has neither invaded or initiated war with another country for 215 years. When the Iraqis used chemical weapons on Iranians, Iran refused to retaliate with such weapons even though they had them. Iran is known for walking the walk when it comes to morality, for good or bad. Yet Iran has been labelled as a “rogue state” while the US kills innocent people with drones almost every day with impunity. George Orwell made the point very well that what you call things shapes your view of them, often disastrously, in Politics and the English Language

The current situation seems massively contrived, with no nuclear weapon facilities found after years of looking for them. Iran has three neighbours with huge nuclear arsenals, yet Ahmadinejad has said these kinds of weapons are repugnant to the Iranians and they have no interest in possessing them. The Iran -Iraqi  war was initiated and forged by a pact made between Saddam Hussein and Donald Rumsfeld of the CIA.  Iran has just deployed a large contingency of the Revolutionary Guard to help defend Syria from mercenary terrorists and potential NATO and US aggression. We would expect to find all these things in the chart. 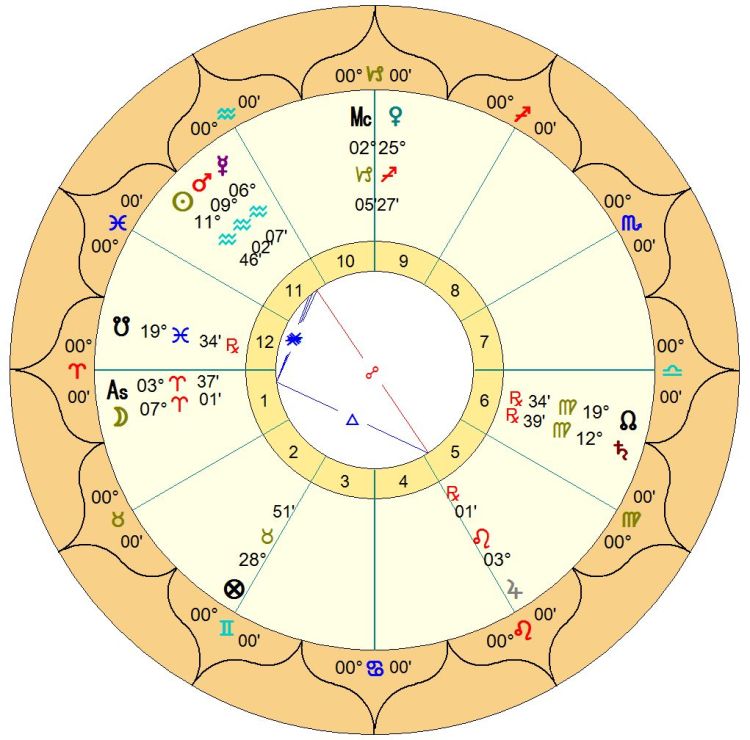 We have a chart for Day of the Sun and Hour of Jupiter and a cursory look suggests this may have been a planned astrological election, but one which has to work within a narrow time frame. Because Islam in under the governance of Venus,  to have her in the Ninth House of (the Solar) God disposited by Jupiter in Leo is auspicious. even if Jupiter is retrograde, However, it’s an Aquarian Mars that’s Lord of the Ascendant. With Ascendant and Moon in Aries, the will to fight cannot be ignored.

We have a well placed Sun, but in his detriment. He is flanked by Mars and Mercury under his combustion.  I read this as an absolute ruler with the Army and Clergy under his control. The MC or the one who rules is in Capricorn, with sympathetic forces supporting from the Eleventh House.  As this Saturnine signature plays out, there is a palpable restriction in the chart. Yet Saturn himself is in an unfortunate House and Retrograde.

The Seventh House is disposited by the Ninth House Venus which would appear to be a good thing, however, her worst attacks have been from Sunni Muslims with an Agenda. Iran is majority Shiite.

So we have a Venusian conflict of sorts. That is to say sectarian Muslim aggression. The Prince of Saud openly asked the US to “cut of the head of the snake,” meaning Iran. The war with Iraq was at least partially a case of Sunni vs. Shia.

Most extraordinary is the Part of Fortune in Venusian Taurus conjunct Algol. I can’t help by think back to the words of  King Abdullah bin Abdulaziz of Saudi Arabia, but neither do I see Iran as the snake or the Part of Fortune referring to what someone said about Iran.

With the Venusian significator and position in the Second House, this should augur well for revenue. In fact, Iran has huge oil reserves and other resources in abundance. But again, Venus seems to be playing a double role here..

The Iran – Iraq war began on 22 September 1980 and ended on 20 August 1988. The war began shortly after Iran had moved into her Sun / Venus Fidar. It ended a few days prior to the Sun / Mars Fidar. This year she entered her

Of course, the supreme power in a Theocracy is always clerical. But the President serves as an envoy, symbol, and spokesperson for the Republic.

When we consider the Solar Revolution for this year, we find that the supportive Eleventh House Planets and Luminaries are in the Eighth House, a position of considerable weakness at best. The Seventh House has Venus in Capricorn disposited by Saturn in Scorpio, which in turn squares the Eighth House placements. We, therefore, have both malefics involved in the Seventh House matrix. I find nothing in this which would suggest that Iran is ready for or wants a war and everything to suggest she is under extreme pressure.

I will have more to say on this subject, but there are a few elements I would like to introduce first, ideally in separate articles. The role of Venus in the Middle East isn’t generally understood at all. There is also the issue of the Iranian expectation of the Mahdi or Messiah who is said to appear in Damascus.  In light of the chaos in Syria and the involvement of  NATO and Sunni majority nations

4 thoughts on “Iran on the Edge”