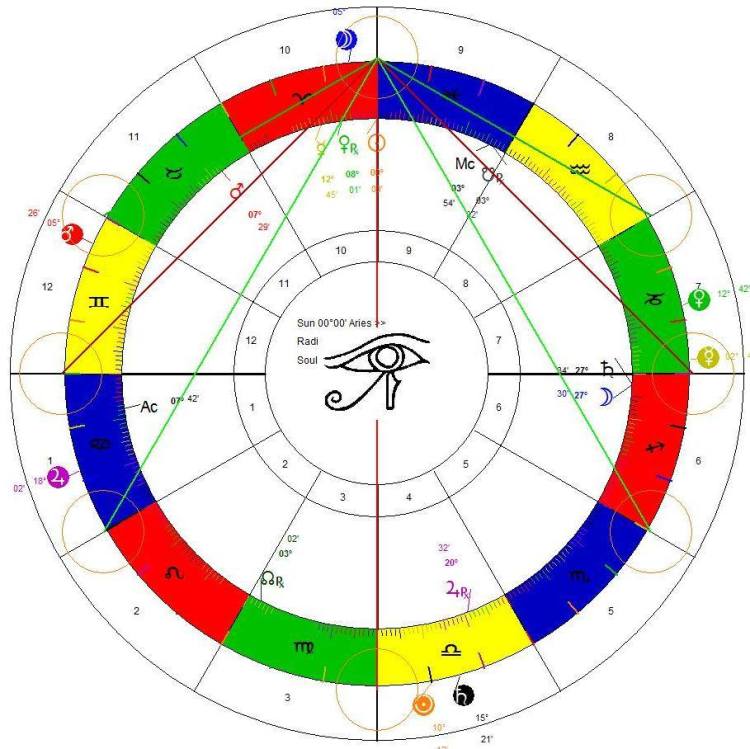 Wishing Everyone a Great Spring Equinox / Nouruz The Chart is Set for GMT.

The celebration of the New Year in one way or another is virtually universal, although what is recognized as the new year differs. In the Western world, including that of the Eastern Orthodox tradition, the Winter Solstice is central in the Northern Hemisphere. Some forms of European Paganism take Samhain or All Saint’s Day as the marker for the New Year.  In Mithraism, the Winter Solstice, while Zoroastrianism, often conflated with Mithraism, takes the Spring Solstice and Entrance of the Sun into Aries, the Sun’s place of Exaltation

In Mithraism, the Winter Solstice, while Zoroastrianism, often conflated with Mithraism, takes the Spring Solstice and Entrance of the Sun into Aries, the Sun’s place of Exaltation

Traditional Astrologers always use 00°Aries. This calculation holds a very important place because it’s considered the Chart of the Year. The planet or luminary with the greatest Essential and Accidental Dignity is the Lord of the Year (LOY).  This year, the Sun is overwhelmingly the LOY! If the chart were cast elsewhere, where the Sun were below the horizon, and perhaps in a cadent house, it would not be surprising to find another body take his place as LOY.

Because this chart is of greatest use in the GMT Time Zone and with a northerly latitude, it speaks most obviously to the UK. I invite you to reproduce this chart for different regions. However, no matter where it is, that tight conjunction of the Moon and Saturn by itself doesn’t bode well.

Nevertheless, this is no time to be worrying.  Nouruz has things in common with Easter, such as fertility (including eggs) and the theme of resurrection – the triumphant return of the Sun is all its blazing glory. These are metaphors to be sure.

That Nouruz survives after thousands of years and calculated at the same time of year, testifies to its extraordinary power. Zoroastrianism is famously optim 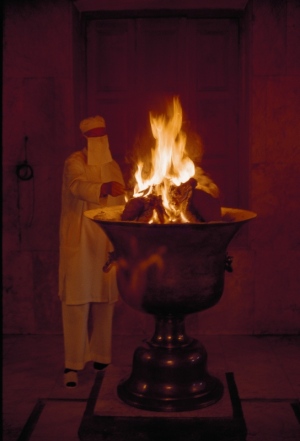 istic and the eternal flames are kept in her temples. This fire festival is one of sheer exuberance, joy, and gratitude. The Sun is the bringer and origin of life

Revelers jump bonfires and eat ashes to celebrate the first day of Spring and the Sun in his Exaltation.

“All evil vanishes from he who keeps the Sun in his heart.” – Indian proverb