The constellation of Taurus holds the red eye of Aldebaran (Tascheter) the Watcher of the East. He is almost universally considered to the be the Watcher of the Pleiades. The association is with the Spring Equinox when the system was conceived. The Pleiades are associated with rain and even tears. To suffer a dry Spring was considered a bad omen indeed, as crops would fail.

The Pleiades aka The Seven Sisters is probably among the best-known star clusters in the heavens. It is easily visible with the naked eye on a clear night in the winters of the Northern Hemisphere.  It has also been of particular interest since antiquity and to a variety of cultures. There are references to the Pleiades in Hesiod, The Odyssey, The Bible, and the Quran. The asterism is also revered in  Hindu mythology. The Pleiades have always been one of the most studied asterism in our history. Manilus writes: ” 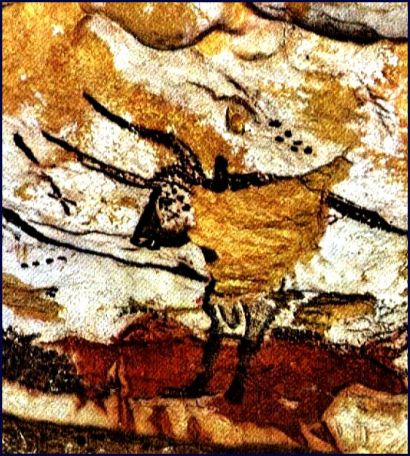 “The Bull will dower the countryside with honest farmers and will come as a source of toil into their peaceful lives; it will bestow, not gifts of glory, but the fruits of the earth. It bows its neck amid the stars and of itself demands a yoke for its shoulders. When it carries the sun’s orb on its horns, it bids battle with the soil begin and rouses the fallow land to its former cultivation, itself leading the work, for it neither pauses in the furrows nor relaxes its breast in the dust. The sign of the Bull has produced a Serranus and a Curius, has carried the rods of office through the fields, and has left its plough to become a dictator [eque suo dictator venit aratro]. Its sons have the love of unsung excellence: their hearts and bodies derive strength from a massiveness that is slow to move, whilst in their faces dwells the boy-god Love (Cupido).” [Astronomica, Manilius, 1st century AD, book 4, p.233].

The Pleiades (M45) as imaged with the Takahashi E-180 Astrograph from Bifrost Observatory. For complete details about this image, see Pleiades (M45). Photo copyright 2012 by Fred Es[panak of NASA

In the image of the Bull from the Lascaux caves, we find that the astronomical detail is stunning. The Bull is enmeshed in the Hyades, with the Pleiades clearly articulated just above him. You can also see the belt of Orion. That we have such a clear a Neolithic representation of the constellation is a testimony to how long the heavens have held particular meaning for us and also that there has been far less changing in our interpretations than we might reasonably expect. Of course, this begs the question.

The Angel of the East is Michael the Archangel. He is best known as something of an Avenging Angel but is more properly known as a protecting Angel. His sword is always ready.  The East is the place of the Sunrise and the beginning of things.

This is what Vivian Robson says about Alderaban: “It gives honor, intelligence, eloquence, steadfastness, integrity, popularity, courage, ferocity, a tendency to sedition, a responsible position, public honors and gain of power and wealth through others, but its benefits seldom prove lasting and there is also danger of violence and sickness. [Fixed Stars & Constellations in Astrology.  p.120.] Aldebaran is known as the Eye of God but also associated with blindness. Many of these attributes are the blessings and shortfalls of youth. We are facing the origins of creation. 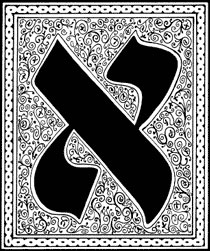 We can’t forget that this is the element of Earth or that the Hebrew meanings are oxen in the sense of the yoked power of the Bull, Aleph is the first letter of the Hebrew alphabets and speaks to powerful potential. The name aleph is originally derived from the West Semitic word for “ox”, and the shape of the letter derives from a Proto-Sinaitic glyph.  It is thought that this glyph was in turn based on Egyptian hieroglyph, however, I find insufficient evidence of the last claim.

The tarot card that embodies this quite consciously is The Fool. The Fool is in a sense outside of the system and has the value of zero and perfect potential. In mosy decks, the Fool is shown with a staff with a sack over his shoulder, which is undeniably associated with virility. the Fool is youth personified: optimistic for no particular reason and most of all, unaware of the potency he carries and is about to walk off a cliff while sniffing a flower. 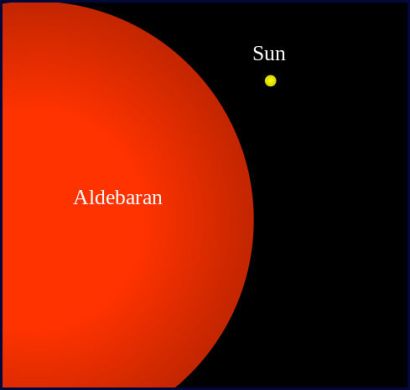 The name Aldebaran (pronounced /ælˈdɛbərən/) comes from the Arabic word al-dabarān, meaning “the follower.” The name refers to the Pleiades cluster (Messier 45), which the star appears to be following across the sky. 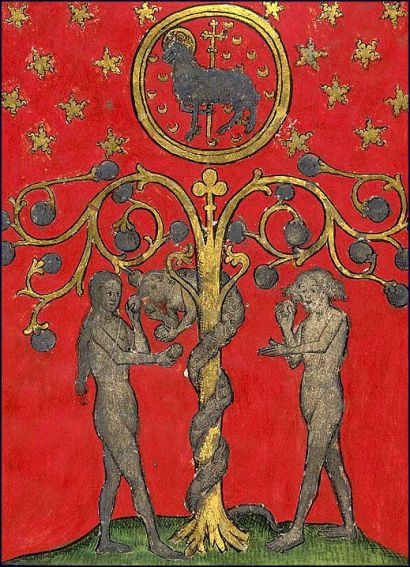 Until I started to write this article, I had no idea that there was so much confusion regarding the Watchers and their associations. I read some pieces that were truly bizarre. The situation therefore indicates the need for an introduction regarding the historical origins and essential meaning of the four Royal Star of Persia. Such an introduction is long overdue in any case and will assist in reference to other articles.

These stars are clearly of particular significance and importance Thier significance is cross-cultural, but the most complete explanation is found n Persian sources and it’s entirely possible that the narratives in The Tanakh also owe their Persian origins as demonstrated in The Book of Enoch, Daniel, Isaiah, Ezekiel and other books;

This means that the Book of the Watchers was almost certainly heavily informed by the Persians. The Jews drew heavily on Persian tradition and their knowledge of the heavens. A copy of the complete Book of Enoch can be found here.

Some background history will assist in showing the context and transmission of these Persian, Zoroastrian idea to 3rd century B.C. Jewry. Cyrus the Great – reigned from 550 to 530 B.C.conquered Babylon on October 11, 539 B.C. and set Darius the Mede as “vassal” over Babylon. It was Cyrus the Great that formed the Achaemenid Empire (Persian Empire) as the successor to the Babylonians.

Cyrus is mentioned 23 times in the Bible and is called “the Lord’s anointed” (Isaiah 45:1) and the “My shepherd” (Isaiah 44:27-28). 150 years prior to Cyrus’ birth, Isaiah foretold his birth, his name, and the tasks that God determined Cyrus to accomplish. Only a very few biblical commentators believe that Cyrus was Esther’s husband. The Cyrus Cylinder was discovered in 1879 and describes the conquest of Babylon and Cyrus’ desire to repatriate to their homelands those who had been exiled. This included the Jewish people held captive in Babylon. The Persian Empire is often called the Achaemenid Empire in honour of a man named Achaemenes, who is considered the patriarch of the Persians, and whose very name means “having a friend’s mind.” See The Persians and the Achaemenid Empire

Antares The West is associated with the Autumnal Equinox (Watcher of the West) and is also imbued with the symbolism of the setting Sun and the realms beyond the Western horizon. The Western Isles have great symbolic currency in many traditions, including the Druidic-Celtic culture and in fact most Aryan mythology. Scorpius is a very bright constellation and Antares (Satevis) glows orange and bright in the heart of the Scorpion. If you have reasonably clear skies and don’t live in a major city, it’s easy to spot.

Students of The Bible will recall that the Garden of Eden is guarded by an angel to prevent Adam and Eve returning to Paradise: “So he drove out the man; and he placed at the East of the Garden of Eden Cherubims, and a flaming sword which turned every way, to keep the way of the tree of life”. (Gen.3:24).  The Angel guarding the entrance to paradise is understood to be Uriel. Innocence cannot be regained, so another way must be found. This is very close to what William Blake means by “Innocence and Experience.” The sword is a virtually universal symbol of truth – one has to cut through illusions. In this respect, Uriel has much in common with Manjushri, who also wields a flaming sword.

Uriel comes from the Hebrew name אוּרִיאֵל (‘Uri’el) which meant “God is my light”. He is mentioned only in the Apocrypha, for example in the Book of Enoch where he warns Noah of the coming flood. For an extensive list of Uriel’s associations, see here.

The Four Directions are associated with the Fixed Astrological Signs: and stars -Aquarius (Fomalhaut), Taurus (Aldebaran), Leo (Regulus) and Scorpio (Antares). I have found a number of articles on the web that place Raphael with Antares.as the healer, The rationale seems rather weakly connected to Orphiacus. However, the imagery of the Heart of a Scorpion speaks less of healing in the

ordinary sense and more to do with ‘only by the fire may you be purified.” Uriel is not only the Angel with the flaming sword. He is always shown with a flame that denotes both light and heat. The courage to travel to the Western Isles ultimately becomes an inevitability. Conquering the fear of death is a lesson for the warrior. These are quintessentially Scorpio themes