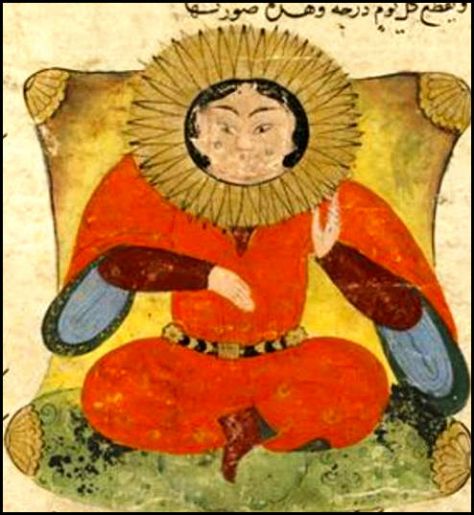 Reading a chart for the Ingresses and Solstices has become a tradition here, following a truly ancient tradition. Because of these points are crucially relevant to the Solar cycle, they have tended to be a time of celebration across cultures and time, virtually universal. The Aries Ingress chart provides us with the Lord of the Year and what we may expect to dominate the year. I’ve had a policy of brevity on these occasions and in any case, the interpretation will differ in many details due to the selected time zone.

Mars is the undisputed Lord of the Year, He’s exalted in Capricorn and with the South Node. This rarely if ever ends well. The most critical situation involves Mars and Saturn besieging Jupiter and the Ascendant. Guido Bonatti tells us that a besieged planet is one that separates from a malefic and applies to another (Con. 6). It shows a situation that is going from bad to worse. Saturn is in his own Domicile but in the Anaretic degree and with Mars as his Altumuten. Using Whole Sign, this nest of vipers squares the Sun.  The Moon in Aquarius is also in a Saturnine domicile.

Both Capricorn and Aquarius oppose the lights – Capricorn the Moon and Aquarius the Sun. Nevertheless, the Sun is strong and exalted in Aries and holds the anchor, as it were. However, it is still in a martian sign and the overall picture is easy to see. We might say that Jupiter is weak by sign, but still a benefic. But considering that Jupiter is under siege from the two malefics and in detriment, he is unable to act effectively,

The results are there for all to see. We have a pandemic with no known antidote that is besieging entire countries. Moreover, the locust seams, the greatest in decades, have spread from Africa to the Middle East and to the Subcontinent. Both are forms of contagion and beyond human control at this point. This won’t be an easy year, although we have opportunities that only such catastrophes can reveal. The greater catastrophe would be to miss them.

An Ethiopian girl attempts to fend off desert locusts as they fly in a farm on the outskirt of Jijiga in Somali region, Ethiopia January 12, 2020 Giulia Paravicini/REUTERS

To put this in perspective, Saturn will form a Grand Conjunction with Jupiter at the end of there year in the Saturnine sign of Aquarius. I have written substantially on this phenomenon on this blog. Essentially this Conjunction will set the stage for the next two decades. The Grand Conjunctions heralds what we may call a mini-age. Saturn will be much stronger than Jupiter. The phase we are well into ay this time is fraught with great challenges to humanity, both existential and ethical in nature.