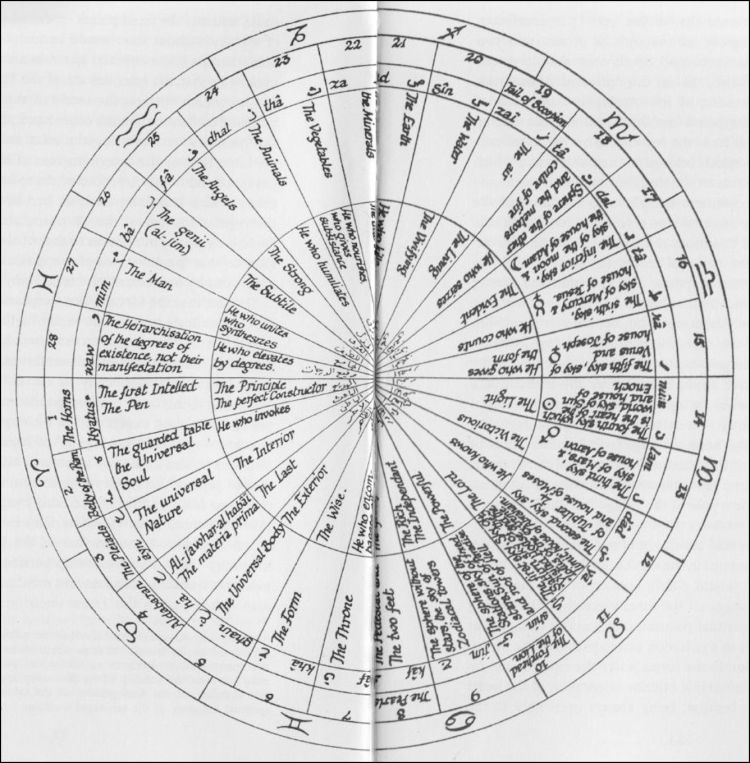 Although all systems of Lunar mansions have a mystical element, that of Ibn Arabi appears to surpass all others in that regard.  The system is consciously relating creation itself with each Mansion embodying its own sound, related to the 28 sounds of spoken Arabic. 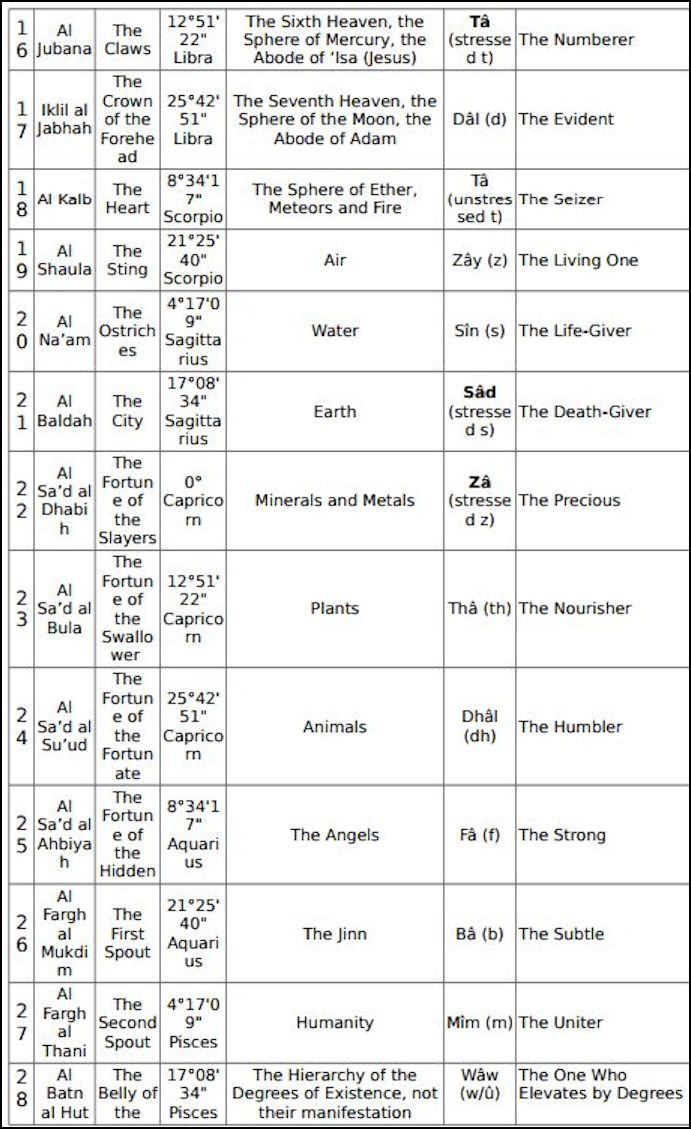 Titus Burkhardt writes “that the mansions of the Moon represent the models of the letters; it is the 28 sounds which determine the lunar mansions.” These sounds represent in fact the microcosmic and human expression of the essential determinations of the Divine Breath, which is itself the prime motivation of cosmic cycles. The Master counts the 28 sounds of the Arabic alphabet from the first lunar mansion, which follows the Spring Equinox, in the successive order of their phonetic exteriorisation, beginning with the hiatus (al-hamzah), and going on through the guttural consonants to the labials passing through the

palatals and the dentals. If one takes into account the fact that the initial hiatus is not properly speaking a sound, but only a transitory instant between silence and locution, the series of sounds attributed to the lunar mansions begins with the hd and ends with the waw, these two letters composing the Divine Name huwa,’He’, symbol of the Essence one and identical to Itself.” (Mystical Astrology according to Ibn Arabi.Trans. Bulent Raur. p. 35