Some form of time-keeping has been essential to humanity from the earliest times. Most fundamental to this is the recognition of seasons and the phases of the Moon. The ability to predict the occurrence associated with much larger cycles required reference to the movement of the planets and their various phases and stations. The conjunction of the superior planets. Jupiter and Saturn took on special meaning for periods of time beyond the seasons – they represent vast cycles within cycles.

The awareness of stellar cycles from a geocentric view provided knowledge of, say, the apparent rising of Sirius and the inundation of the Nile, bringing with it fertile plains for a multitude of crops. Canopus later took on a special signification in Islam.

The discovery and articulation of Saros cycles meant the ability to predict lunar and solar eclipses. It was understood that these cycles were like families or clans that revealed a cycle with both a beginning and an end. Ancient astronomer and astrologers have availed of considerations regarding an entire saros cycle when interpreting a given eclipse.

The ability to put all of these elements together meant that a skilled astronomer or astrologer could read a system of celestial indicators, offering extraordinary complexity and detail with which to judge a given time or epoch.

It isn’t likely that anyone would need to consider all celestial events at a given time. That would rather miss the point. Parapegma is useful when there is a particular focus on a pattern of events, of interest for a particular reason. Some cultures around 3,000 years ago used the Parapegma extensively and the phases of the stars were often considered more important than other considerations, except for the seasons themselves.

One of the better known Sumerian foci was on Innana, later known as Ishtar and clearly identified with the planet Venus. Knowledge of the phases of Venus introduces a plethora of important considerations, ignored by contemporary astrologers outside of the sphere of traditional practices. Later on, the tracking of the phases of the Sun, Moon and Venus was extended to include all the traditional planets. 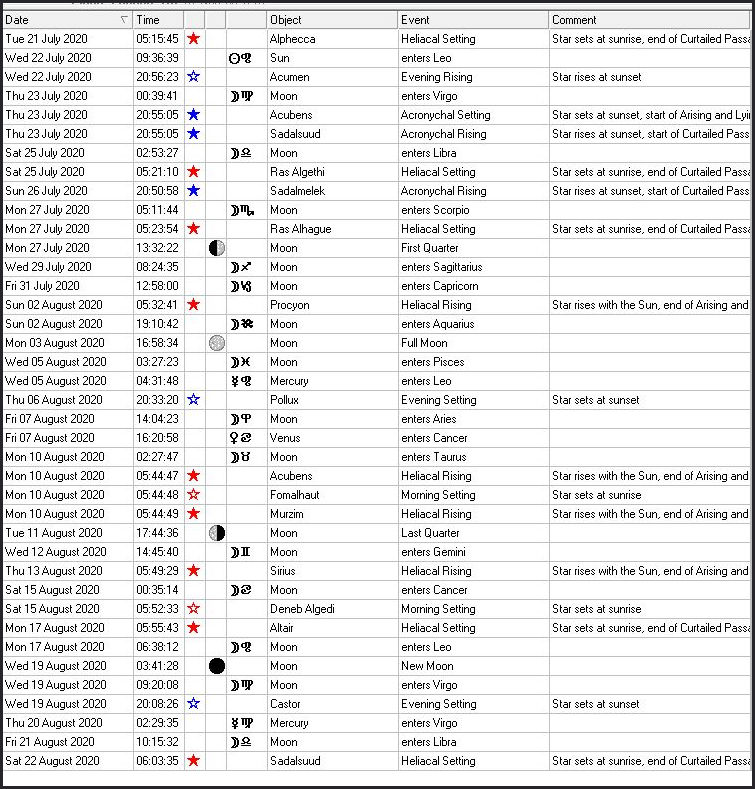 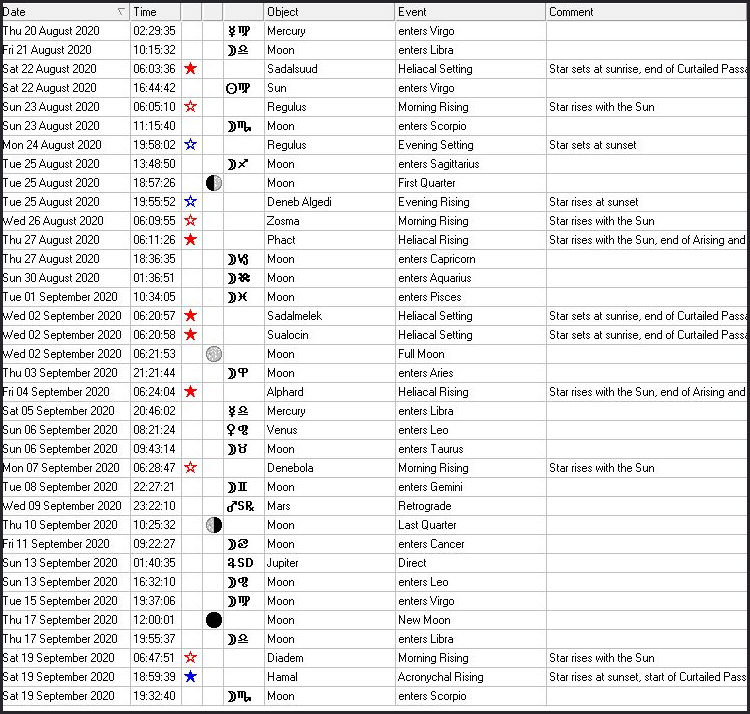 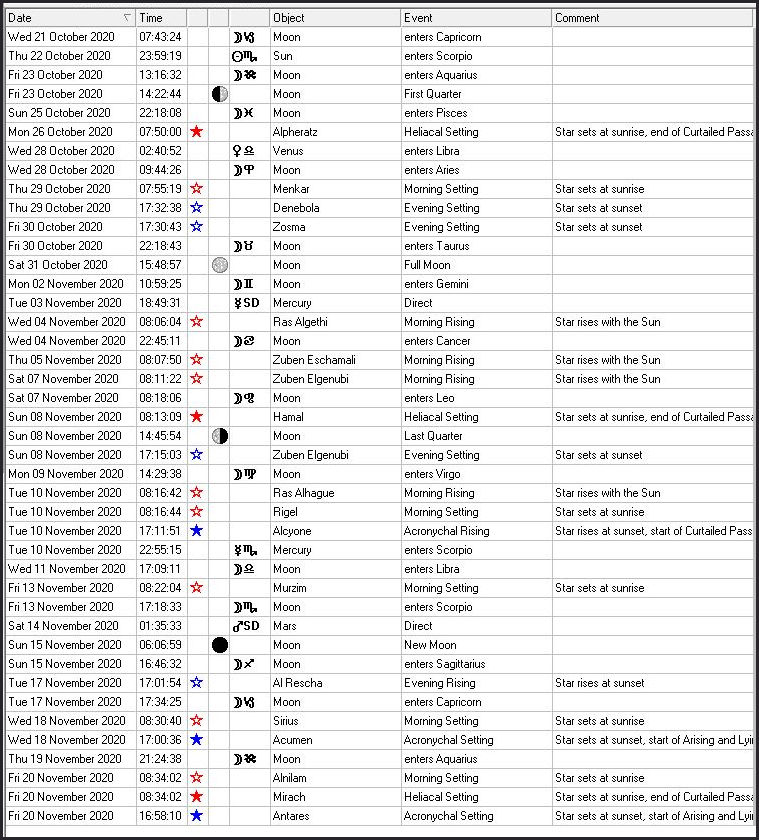 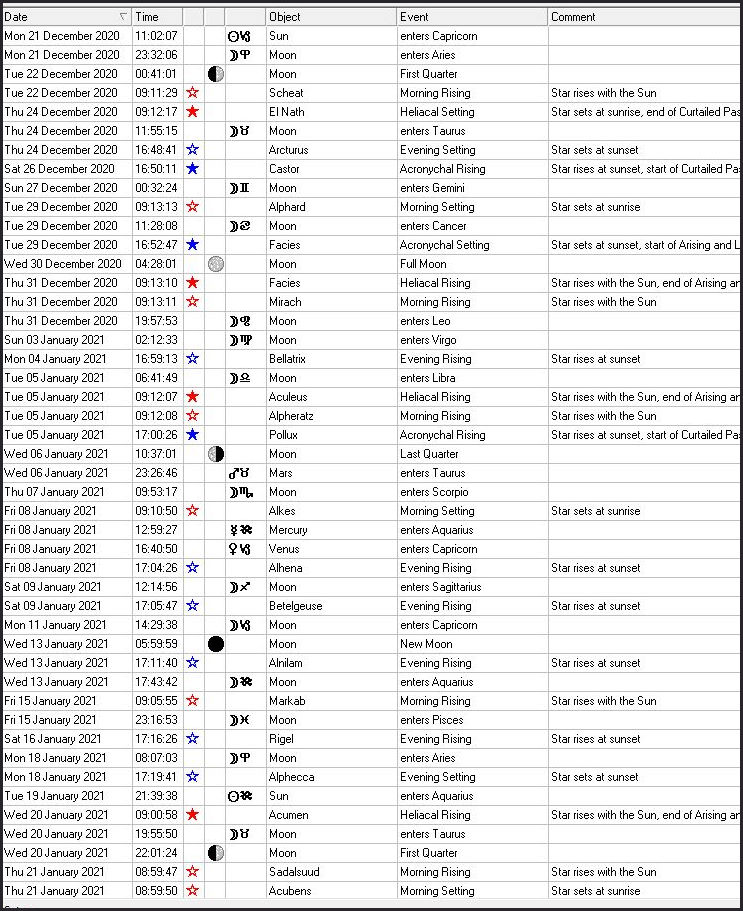 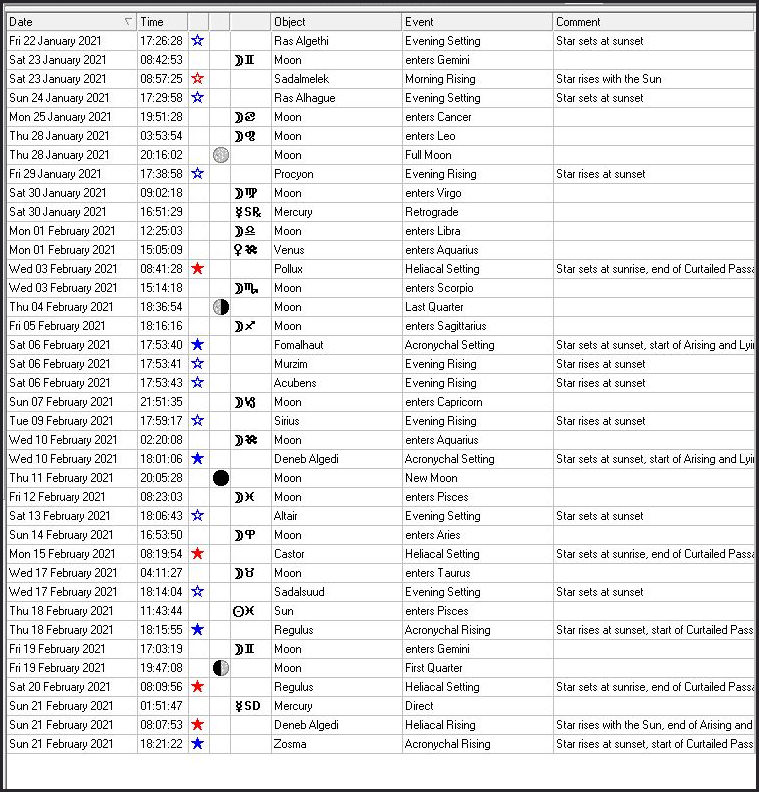